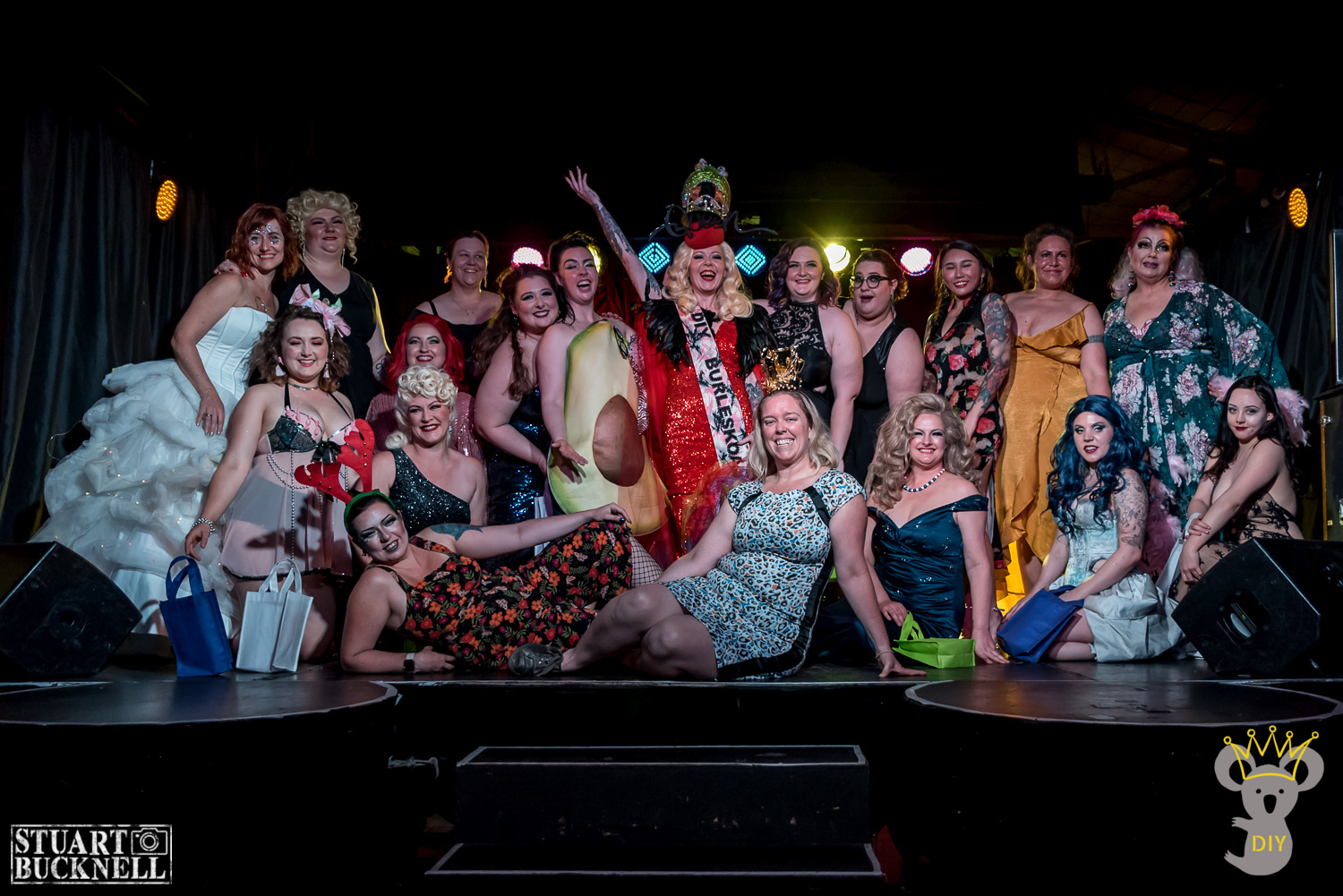 The Inaugural DIY BurlesKoala was clouded in a haze of bushfire smoke blanketing Sydney, but that didn’t stop the spirit of both the competitors and audience alike. Held at The Red Rattler Theatre in Marrickville, it was a delightfully DIY feel venue for an impossibly DIY show.

The DIY burlesque phenomenon started in New Zealand 5 years prior, and started something of a cult-like following in the NZ burlesque scene. The rules are simple – spend only $100 on a new burlesque act. You can borrow one item, and use one existing. Everything else must be done on a bargain bottom dollar budget.

The first DIY BurlesKoala was held on 5 December 2019 in Sydney and had 17 competitors from across Australia. Competitors took to the competition with bravado, and some of the best camaraderie was seen in the lead up in the private performers group on Facebook, where each competitor shared their trials and tribulations, and some even had entire costumes ‘melt’. Not even sure what that means but everyone had a costume on the night, so they all survived!

The competitors were all vying for the DIY Crown – made for less than $100 by the scintillating Emmeline Spankhurts, and the sash made by Botanica and the Burlesque Garden in NZ. But more than everything, everyone was keen for the challenge and creating something fabulous on a budget.

We were honoured to have the reigning DIY BurlesKiwi, Amourous Ava, attend as both a judge and performer, along with Debbie Eve as our head judge, and Constance Craving as our MC for the show.

Local icon and professional judge Silla Black was the final judge for the evening. Armed with an itemised budget for each performer, the judges were tasked with deciding who created the most innovative and entertaining act while making the best use of the budget.

Built on the smell of an oily rag, the show kicked off! Constance Craving gave a terrific rendition of Welcome to Burlesque with a kitsch DIY theme, and ran through the history and how the competition works. Our Auslan interpreter Celeste titilated the audience with the sign for burlesque (spoiler, it’s making nipple tassles with your fingers!) and made sure our hearing impaired audience had a good time all night.

First to hit the stage, from the Blue Mountains was Glamazon, resplendent in a Monopoly Money Dress. Her sassy stylings and Dolly Parton song choice had the audience behind her immediately.

Prowling on to the stage next was Sydney’s Valkyrie Starr, unleashing her inner most wolf in a sexy and seductive floor work filled routine. A step away from her usual stylings, Valkyrie was out to claim new territory.

From South Australia, the next performer was Bunni Bon Bon. She may have appeared the sweetest thing, but once past her wrapper, she was a whole other treat to behold in many ways.

Next up was Sydneysider, Cassandra Caboose. Her yoga mat costume was positively inspired, and we were treated to a whole other side of “Mama” with the ultimate in genre crossovers!

All the way from Brisbane came Katrina Lee, for her swan song in the burlesque scene. Her tribute to the bushfires was emphatic and breathtaking.

Next to grace the stage was Sydney’s Miss Surely Knot whose classic stylings saw luscious red and (borrowed) sweep her to the stage. But she had a little something brewing beneath for the audience.

Canberra’s only competitor, Stella Doubleshot claimed the stage and made quite the entrance. All hail a new overlord and their noodles appendages…

Novocastrian (i.e. from Newcastle) Vivienne Rose charmed the crowd next with an ephemeral piece. A mix of fairy, gothic, and sensual burlesque held the crowd’s gaze.

To round out the first half of the show was local lady, Mama la Roux. her dark and foreboding piece demanded attention from start to finish.

After a short break, the second half brought even more DIY inspired acts.

Adelaide’s Mema Random had the audience in hysterics from the moment she took the stage. A very self reflective performance, shall we say…

Chloe the Cocaine from Brisbane, brought a touch of culture to the stage. Performing a Chinese tale in a full DIY costume was a delight for all to see.

Sydney’s Percy Peacock struck a chord with a pressing socio political commentary on housing affordability… in the most unexpected and laugh inducing way.

Glamour took to the stage, in the form of Melbourne’s Dallas Fox. An impressive costume sparkled in under the budget and had us all taking a ride.

The little lady of Sydney, LadyHart, had her own custom drop sheets that had the front row worrying. But her opulent over the top act had everyone cheering and a rather explosive set of reveals.

Michelle M’Belle from Queensland owned the stage in her new routine. She felt expensive on the stage and had the costume to flaunt it, in spite of the small budget.

Ophelia Sass of Sydney chained herself to her performance in more ways than one. Her inspiring routine had everyone throwing off the shackles alongside her.

Letitia Stitch of Adelaide closed out the competitors with a howling good act. It was her big day, but groom or no, this bride wasn’t going to be stopped.

Another short break to tally the judges scores, and to sell the last of the Raffle tickets. Thanks to the generous audience, $450 was raised for the Port Macquarie Koala Hospital.

One final act rounded out the night, a performance by reigning DIY BurlesKiwi, Amourous Ava, demonstrated how to dismantle the perfect dancer and succumb to our new scaly leaders. Her costume had so much ingenuity, the audience was awestruck with it’s layers.

Finally it was time to announce the winners. After some very tight scores, and a fantastic night of innovation and entertainment, the first ever Runner Up was named as Percy Peacock, and the winner, inaugural The Great DIY BurlesKoala was crowned – LadyHart.

A showcase of some of the DIY acts will take place in Melbourne and hopefully Brisbane in 2020. And the next competition may yet expand even further. But one thing will always remain, a bargain bottom budget. That’s DIY BurlesKoala for you! 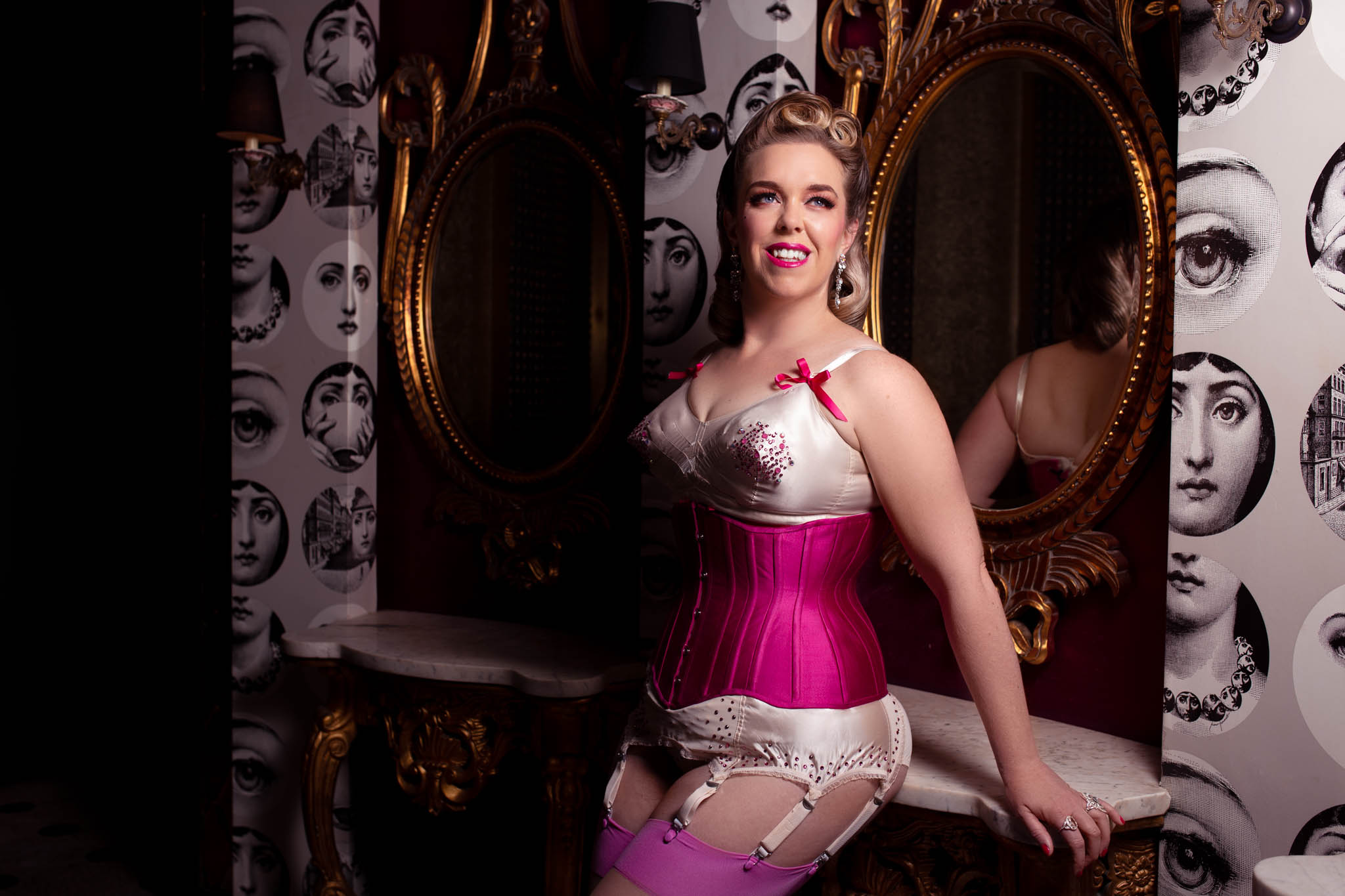 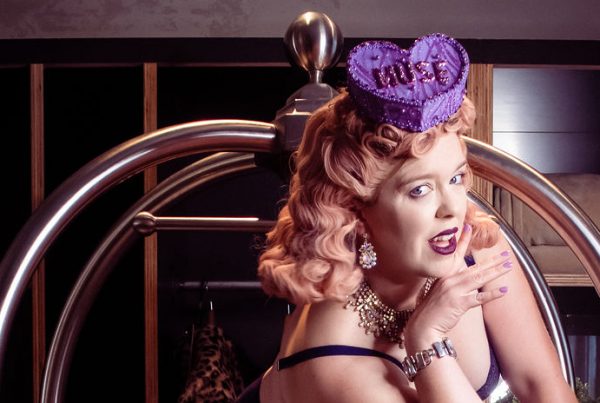 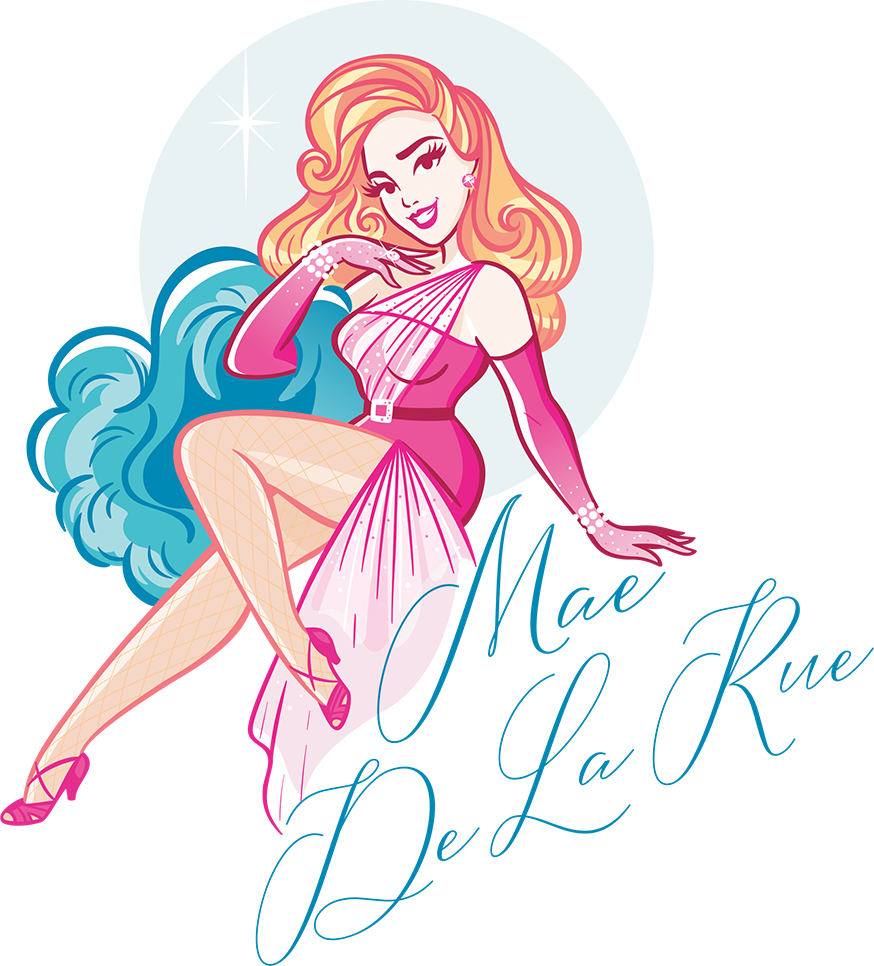